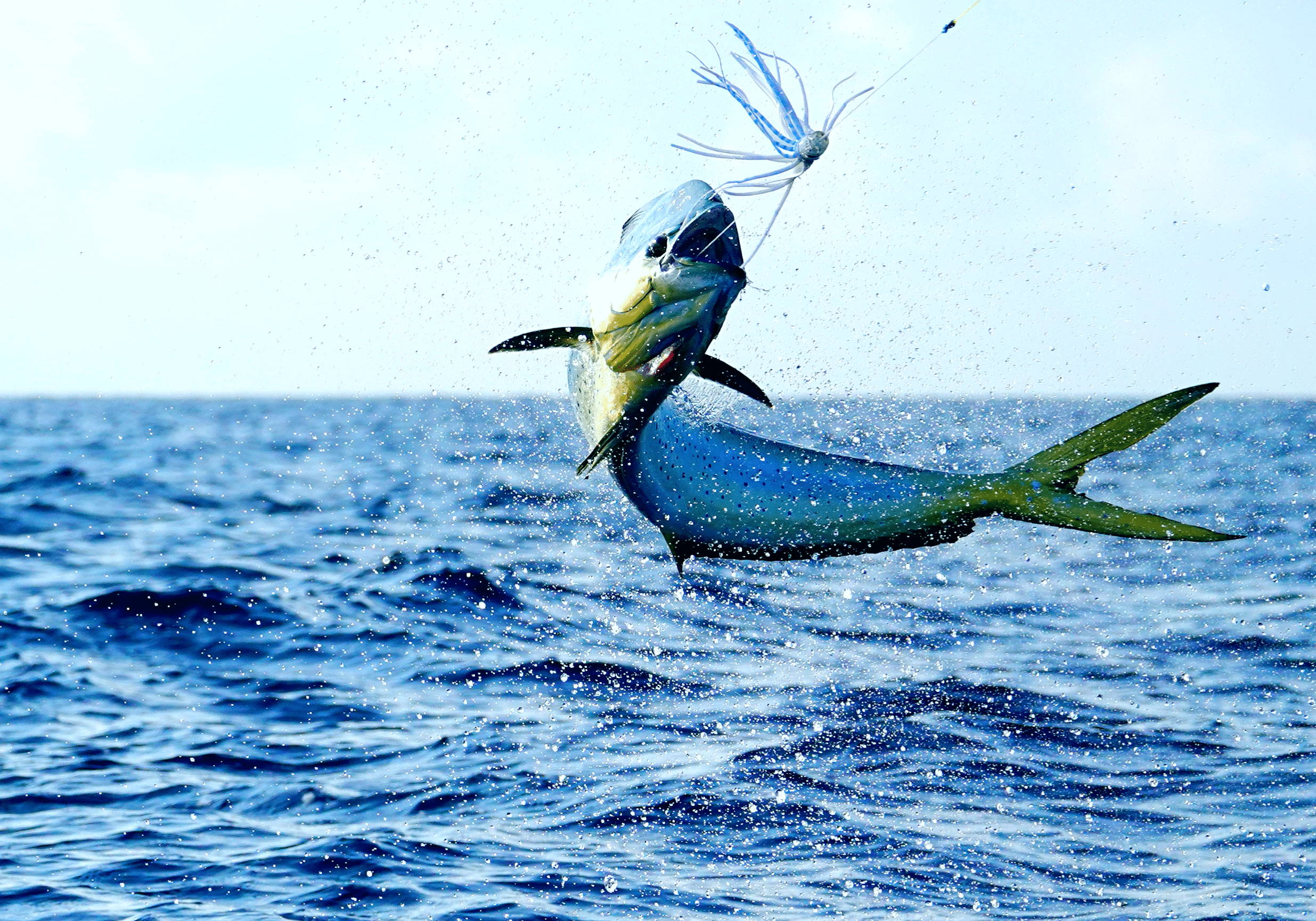 Our Mahi Mahi is caught using the same old fashioned methods used since the start of fishing, just hook & line. No giant nets that lead to overfishing and cause huge bycatch problems often seen in large commercial fisheries.

Mahi Mahi usually swim above tuna, enabling the fisherman to catch both. Thus making our Mahi Mahi is a semi -targeted useable bycatch! This method is more sustainable than net fishing as the fish are targeted based on area & depth, and only very limited amounts are caught on the smaller boats.

Another tool to avoid unusable bycatch in this fishery is by using circular hooks. The World Wildlife Fund (WWF) works closely with partners to advocate the use of circle hooks to reduce bycatch without affecting the target catch. This type of hook is sharply curved back in a circular shape with the barbed end lying perpendicular to the shank.

There is no portion of the fish that is wasted. Off cuts are sold and used with our partners to chef's for non-center plate dishes like taco's, sandwiches, and soups.,

Any left over scraps are used as bait for fisherman to catch other species.

Mahi Mahi is the Hawaiian name for this fish. Originally this fish was named "dolphin fish" because the fish were often found to swim underneath dolphins as a form of extra protection against larger predators.

Unfortunately, the name "dolphinfish" lead to confusion among non-fisherman and consumers as the name implied it was "dolphin meat" , turning off people from consuming it.

As the story goes, a fisherman visiting Hawaii kept hearing this locally caught fish being called "MAHI MAHI" by the local Hawaiian fisherman and people.

He had an "aha" moment, returning home referring to the fish by the Hawaiian name "Mahi Mahi". Once this new name caught on the fish exploded in popularity and now the once unwanted by-catch fish became world renown and in demand.

Thanks for contacting us! We'll get back to you shortly. Thanks for signing up!

Your cart is currently empty.
Click here to continue shopping.